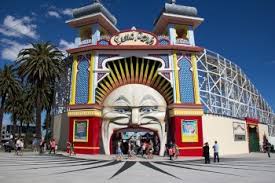 A declaration from Ant Financial Holdings, the parent company of Alipay, explained that the Melbourne City Card was being endorsed by the City of Melbourne to business precincts along with shopping centers in a bid to help the retail, small business and hospitality industry.

The card is all set to show Chinese visitors places that they can visit while exploring Melbourne, promote areas like the Yarra River, Collins Street, Chinatown, Docklands, Lonsdale Street and Melbourne Airport.

In addition, Alipay will endorse Melbourne through its Chinese social media and other channels in China.

“An interactive mobile map operates through the Alipay app, which together with its regional partners has more than one billion users worldwide,” the statement said.
“In Australia, tens of thousands of merchants accept Alipay, with more than 100 leading Melbourne retailers and tourist destinations involved in the Melbourne City Card promotion.”

To quote George Lawson, country manager of Alipay, Australia and New Zealand, “Melbourne is a world-class tourist destination, and the launch today of the Melbourne City Card is aimed at promoting the city’s leading hotspots and merchants to Australia’s largest and most important tourism market.”

“We have already seen from the success of the city card pilot in Sydney that this is a highly effective method of engaging with Chinese visitors both before and during their holidays.”
“This partnership will further enhance Melbourne’s reputation as a fantastic tourist destination, and provide the best possible experience for Chinese visitors.”

“Melbourne is a key tourist destination for Chinese visitors and the Melbourne City Card will offer them greater convenience and help them feel more welcome as they explore our city.”

“The City of Melbourne has helped support businesses’ participation in the Melbourne City Card by connecting retailers with Alipay and holding a workshop on the app in May.”