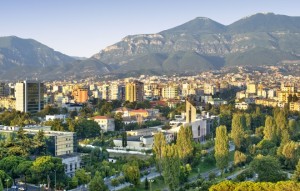 European Union and the European Bank for Reconstruction and Development (EBRD) have announced that a 100 million euros (around 106 million U.S. dollars) investment programme will be launched in Albania for tourism destinations.

EBRD Vice President Alain Pilloux also said they are preparing with the government of Albania to support the growth of the private sector. It will be a great programme of 100 million euro.

According to Pilloux, this programme will go to the function of the tourism sector to build local roads and water supply in these areas, and will also provide funding for small tourism businesses as well as will finance the protection and re-establishment of cultural and natural heritage.

Albanian Minister of Finance and Economy Arben Ahmetaj declared that the government this week will approve to lower the taxes to agri-tourism businesses.

The programme will be a mixed funding, where half of the money is soft loans to the government, whereas the other half is grants.