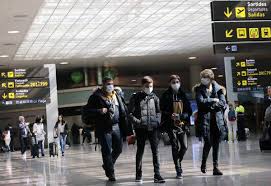 Corona virus cases have surged in Italy, and France closed the world-famous Louvre Museum on Sunday with the deadly outbreak giving rise to concerns across Western Europe, threatening its tourism industry.

The number of countries hit by the virus has surpassed 60, and the death toll worldwide has reached at least 3,000.

More than 88,000 around the world have been infected, with the virus making its presence in every continent except Antarctica.

Italian authorities have said that the number of people infected in the country went 50% to 1,694 in just 24 hours, with five more dying, bringing the death toll to 34. In France reported cases are 130, with two deaths.

Travel restrictions against Italy and the rising concerns in France could affect the countries’ tourism industries in a big way. “We had already registered a slowdown of Americans coming to Italy in recent days,” said Bernabo Bocca, president of Italy’s hotel association. “Now, the final blow has arrived.”

Tourism accounts for 13% of the economy in Italy, with its world-class art museums, archaeological sites and architectural treasures.