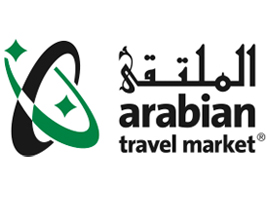 The Expo 2020’s legacy and the latest UNWTO forecast for the Middle East & North Africa (MENA) region, dominated proceedings on day two of the Arabian Travel Market (ATM) which is taking place at the Dubai’s World Trade Centre until, Thursday 27th April 2017.
Expo 2020 Dubai is the first mega-event to be hosted in the region and will lay the foundations for a diversified and sustainable tourism industry through a series of initiatives designed to support the UAE’s plans for diversification to a knowledge-based economy.

During the panel session, Marjan Faraidooni, said: “We planned the Expo with two missions in mind. The first is to make sure the visitor has an unforgettable experience from the second they step foot in Dubai until they leave.

“The second mission is the legacy question, Expo 2020 is being built with legacy in mind and all assets, will remain after the event including the buildings and transport infrastructure.”

Plans for the site after Expo 2020 concludes will see 80% of the plot re-developed with all Expo’s assets and transport infrastructure re-purposed for future use by a range of tenants and major private sector firms.

Indeed, Siemens AG became the first firm to announce plans earlier this year, when it confirmed its global headquarters for airports, cargo and ports logistics, will be based out of the Expo2020 site from 2021.

She said: “London is an established market, welcoming an average of 30 million visitors a year. We know the 2012 Olympics would attract significant additional arrivals so the critical part of the planning was focused on legacy, with tourism a key component.

The Olympics is a major sports and broadcast event, so in terms of investment and planning around 60% of our £30 million budget over four years was dedicated to post-event activities.”

Commenting on the overall session, Simon Press, Senior Exhibition Director, ATM, said: “The seminar also explored the importance of Dubai’s sustainable tourism initiatives, the expansion of the emirate’s airports capacity and the engagement of global audiences through partnerships with celebrities and social media influencers.”

The Expo legacy mission, was followed by a UNWTO & ATM Ministerial Forum, with a particular focus on the contribution of tourism to sustainable economic growth and diversification in the MENA region.

The UNWTO has also forecast that visitors to the MENA region will total 195 million by 2030, growing at a rate higher than the world average, according to figures by the World Tourism Organisation (UNWTO).

“Tourism has become a key economic activity across the region, particularly in the GCC countries, where it is establishing itself as a pillar and key driver of the modern ‘post–oil’ economies of those countries,” said UNWTO Secretary-General, Taleb Rifai.

“In addition to generating foreign exchange earnings and creating jobs, tourism promotes trade and investment and significantly contributes to the development of other sectors of the economy – such as construction, manufacture, retail and financial services – and it also contributes significantly to the socio-economic integration of countries of the MENA region,” he added.

Tourism has become an undisputed vehicle of advancing the global economy, representing 10 per cent of the world’s GDP, 30 per cent of services exports and one in every 11 jobs.
Simon Press, Senior Exhibition Director, ATM said: “Future job creation and entrepreneurship in the regional industry will be a first priority for the Forum. The MENA-OECD Investment Programme estimates that, in order to maintain current employment levels, between 25 million and 50 million new jobs will be required over the next decade, requiring an average annual growth rate of 5.5 per cent.”

The Forum is one of a number of events in the year-long programme of activities under the International Year of Sustainable Tourism for Development 2017.

In his yearly message, United Nations Secretary General, Antonio Guterres, said: “Tourism has become a pillar of economies, a passport to prosperity, and a transformative force for improving millions of lives. The world can and must harness the power of tourism as we strive to carry out the 2030 Agenda for Sustainable Development.”