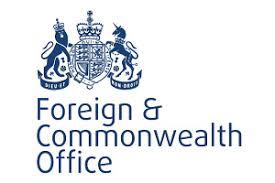 All British people travelling abroad has been advised by the Foreign & Commonwealth office to return to UK, incase the commercial flights are still available.

International travel is becoming very  limited as air routes are suspended. The government warned that land borders are closed and new restrictions are put in place to prevent the flights from leaving.

In the very near future this could make it impossible to get back to the UK according to the Foreign & Commonwealth Office.

In recent days the global aviation has come to a standstill and Emirates, Cathay Pacific, South African Airways, Vietnam Airlines and Air Canada are among the carriers which have grounded all flights.

British tarvellers are advised by the Foreign & Commwealth Office to contact their airline or travel company now along with being updated with their travel advice.

They were  working around the clock to support those British travellers who are already finding difficulties to come back to the UK.

The Foreign & Commonwealth Office has advised against all but essential overseas travel from the UK.