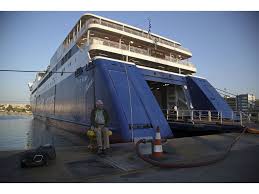 As the pay remained static for eight years, members  of the union have asked for 5 per cent increase in ferry crews.

Around 180,000 people were affected (those commuting to and from some of the Greece’s most popular tourist destinations) as a result of the strike which  continued for a day  as per the Greek Shipowners Association for Passenger Ships (SEEN).

The meeting failed to reach an agreement on August 29 between ship owners and union members as the union members were offered only 1 per cent increase.

Travellers to and from the popular tourist destinations of Crete, Santorini and Mykonos to the Greek mainland were affected after the announcement of industrial action in July.

It occurred after a day when the ferry operators laid on extra services to cover high demand. Those affected by strike were subjected to refund and were advised to get in  touch with their travel agent.

There are around 6,000 islands in Greece out of which 227 are inhabited and many are not connected by air with the Greek mainland.