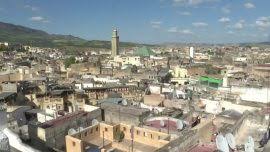 Before, the imperial city of Fez was often overlooked by tourists in favour of Marrakesh, but now Morocco’s “spiritual” capital is full of life with visitors due to major renovations and low-cost flights.

“It is an open air museum, with the largest pedestrian zone in the world and its 10,000 alleyways,” said Yassir Jawra, vice president of the Fez tourism commission.
Fez “is the spiritual capital of Morocco, famed for its culture and its (age-old) handicraft work,” Jawra added.

Since 2013, more than one billion dirhams of investment have been made into Fez for restoring the 9th-century walled medina and for developing tourism.

The medina, home to the world’s oldest working library, was listed as a UNESCO World Heritage Site in 1981 for its “outstanding universal value”.

Storehouse of priceless treatises in Islamic studies, astronomy and medicine, the library is nestled in the maze of narrow and dark alleyways which tourists and donkey-drawn carts can find quite challenging to navigate.

According to Fouad Serrhini, the head of the Agency of Development and Restoration entrusted with rehabilitating the medina, “thousands” of buildings and monuments have been saved from ruin since 2013.

In mid-April, King Mohammad VI visited Fez to inaugurate some buildings which have been renovated and launch the second phase of the rehabilitation programme. Tourists are now flocking to Fez, where the regional Fes-Saiss airport has seen an expansion to accommodate the growing number of visitors and low-cost flights mainly from across Europe.