To fight coronavirus, the central bank of Malaysia cut its key interest rate! 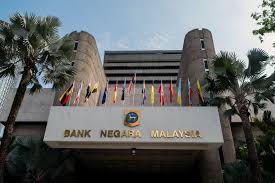 On Tuesday, the central bank of Malaysia cut its key interest rate to the lowest level since 2010. This move was done to combat the effect of the new coronavirus, which has beaten up the financial structure worldwide.

Bank Negara Malaysia slashed the rate by 25 basis points to 2.5%, as anticipated by the economists, in its second cut this year.

It came as the central bank in Australia cut the rates to a record low. At the same time, other institutions including the Federal Reserve, Bank of Japan and European Central Bank vow to take similar actions.

Announcing the move, the central bank of Malaysia said growth “will be affected by the Covid-19 outbreak primarily in the tourism-related and manufacturing sectors.”

Over 3,100 people have lost their lives and more than 90,000 infected worldwide as the virus came out in December in the Chinese city of Wuhan, even though the disaster now has shifted with more new cases being recorded outside China.

So far, Malaysia has reported 36 cases of the disease.

Last week, the government declared a US$4.7 billion stimulus package. It would help to fight the impact of the virus, including tax breaks and cash aid.

Also, the cut comes in Malaysia in the middle of a political crisis after a reformist government distorted a week ago and Muhyiddin Yassin took office as prime minister backed by a scandal-mired party.