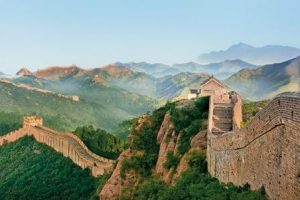 However, the growth was only restricted to the destination of greater China but for the first time in the final quarter of last year.

Cotri Analytics of the German-based China Outbound Tourism Research Institute, showed that 56 per cent or 22.5 million of the 40 million outbound trips from mainland China in the last quarter of 2018 in its new quarterly statistics.

It was reported that only 44 per cent of the Chinese travellers could further go afiled.

Trips to the rest of the world and greater China in 2017 was  50:50 in 2017.Longer trips were mostly favoured in previous years.

Wolfgang Georg Arlt, director of Cotri, said that the Chinese were still travelling abroad in growing numbers, but the lower end of the market has become a little bit more cautious and choose close by destinations like including Hong Kong and Macau.

The upper end of the market is looking for more authentic experiences in new destinations.