Finnair will fly first biofuel flights to ‘Push for change’ 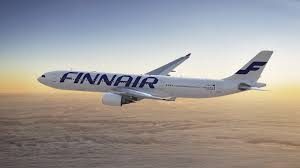 Finnair announced that it will fly the first biofuel flights backed by its “Push for change” carbon decreasing initiative this week. On both August 5 and 7, the Finnair flight departing San Francisco Airport bound for Helsinki, Finland, will be flown with a biofuel mix of 12 per cent, reducing the total C02 emissions for the two flights by about 32 tons.

Finnair’s biofuels partners in San Francisco are SkyNRG and World Energy; Shell Aviation has provided logistics and supply chain support for the project. The sustainable biofuel is produced from used cooking oil in California, which does not compete with food production or the agriculture industry.

Arja Suominen, SVP, Communications & Corporate Responsibility at Finnair said that the launch of Push for Change initiative was an important step for Finnair in order to provide their customers with the opportunity to conveniently offset or decrease the emissions from their travel. They will fly two first biofuel flights supported entirely by the Push for change contributions. They hope that the customers will be increasingly willing and interested in using the service in the future as well.

Airlines need to play their role in preserving the planet. Biofuels is one of the promising measures and more airlines might jump on the bandwagon.