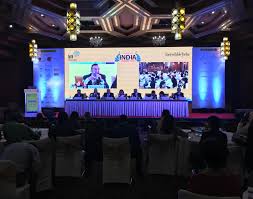 The ITM was opened to the professionals related to the global tourism on September 17, 2018 in New Delhi. An effort of the Indian tourism ministry, this three day mart was hosted in collaboration with the Federation of Associations in Indian Tourism and Hospitality (FAITH) and with the support of state governments.

Portion of the paryatan parv or tourism festival of 2018, the purpose of the show was to draw focus on the advantages of tourism, highlighting the cultural diversity of the country and reinstating the principle of ‘tourism for all’.

The ITM 2018 witnessed participation from hosted international buyers along with media personnel worldwide with participants from North America, western Europe, East Asia, Latin America, and CIS countries among others.

To quote Rashmi Verma, union tourism secretary while talking to Media India Group about the event, “ITM is a game changer as it gives a platform to the Indian travel trade industry to interact with the world travel trade within India. Through this mart we are targeting the international tourists and we have 225 international buyers, who are going to having 40 meetings each. These B2B meetings are going to fructify and translate into a larger footfall of foreign tourists coming to India.”

Verma stated that ITM will be a yearly event after this and in line with other international tourism marts. The ministry will shortly be releasing a calendar of ITM schedule for the coming five years in order to ensure greater participation.

Also, the 2018 event was aimed to offer an opportunity to buyers to see the world class tourism amenities offered in India in terms of airports, hotels, tourist destinations, upcoming facilities, MICE facilities, possibility in the field of adventure tourism and other niche products.