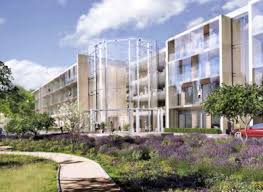 Its official – for Irish tourism, last year was a record year in terms of visitor numbers exceeding 10 million milestones for the first time ever.

More than 10.6 million international arrivals were recorded in 2018, as per the Central Statistics Office’s recent official overseas travel report – up from 9.93 million in 2017, which was a record year in itself.

The statistics saw North American visitors increased 13.4pc to almost 2.4 million, as tourists from mainland Europe increased 9.5pc (driven by Germany and Italy) and Australia and other developing markets recorded a growth of 6.7pc.

“Whilst the British market was somewhat flat, this is not surprising given the uncertainty attaching to Brexit,” said Minister for Tourism, Shane Ross. “Overall, though, it is heartening to see market diversification is driving our growth.”

In spite of the good show, Brexit hangs like a Sword of Damocles over the tourism. Historically, for Irish tourism, Britain has been the single most crucial inbound market and still accounts for over 35pc of all visitors.

To quote Niall Gibbons, CEO of Tourism Ireland, welcomed the record figures but said constant uncertainty around Brexit, and its impact on outbound travel from Britain, “remains a real concern.”

As the Brexit discontinue date of March 29 approaches, Tourism Ireland has been aiming to expand Ireland’s source markets, as Fáilte Ireland is managing a €5 million fund to prepare businesses for the challenges it may bring.

“With the increasing likelihood of a no-deal Brexit, as well other unforeseen political and economic developments in the US and Northern Europe, the sector will need to continue to show agility and resilience in the months ahead,” cautioned Paul Kelly, its chief executive.