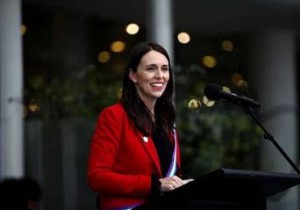 Wednesday 19 September marked 125 years since the Electoral Act 1893 was passed, giving all women in New Zealand over the age of 21 the right to vote in parliamentary elections. The landmark legislation made New Zealand the first self-governing country in the world to allow women to vote, well ahead of most other democracies including Britain and the United States which did not follow suit until more than 20 years later.

Nearly 32,000 women signed the petition that lead to the historic legislation and the original document is on public display at the National Library in Wellington. Another major milestone in the 2018 suffrage celebrations is on 28 November, the anniversary of when New Zealand women actually voted for the first time.

Throughout 2018 a national and regional programme with more than 160 activities and events has been co-ordinated by the NZ Ministry for Women under the ‘Suffrage 125’ banner to ensure the significant anniversary is marked around the country. The programme recognises New Zealanders from diverse cultural backgrounds that have contributed to progressing women’s rights.

Film screenings, ballet, exhibitions, publications, gala evenings and small gatherings all form part of the collection of more than 160 events and commemorations planned.

Ongoing exhibitions celebrating women’s suffrage are being held at some of New Zealand’s biggest cities.

A new exhibition at the Museum of New Zealand Te Papa Tongarewa in Wellington called Doing it for themselves: Women fight for equality opened on 19 September. It is the focal point of the museum’s ‘Suffrage 125’ year- long programme and honours women who fought, and continue to fight, for gender equality.

Some of the objects featured have been acquired from New Zealand Prime Minister, Jacinda Ardern and her partner Clarke Gayford, former Prime Minister Dame Jenny Shipley and other politicians as well as organisations like Women’s Refuge and Work for Peace. Some existing museum pieces including the $10 bank note featuring leading suffragette, Kate Sheppard, and Frances Parker’s suffragette medal are also on display.  Parker was awarded the rare bravery medal in 1912 for her courageous role in the campaign for the right of women to vote in Scotland.

Along with a breast pump and contraceptive pills, the items are tools women have used in their fight for positive change, and markers of their success.  A new book of essays associated with the 12 items on display, has also been released by Te Papa Press titled Women Now: The Legacy of Female Suffrage.

Auckland Museum is holding a major exhibition exploring suffrage within a contemporary context. Are We There Yet? celebrates the 125th anniversary of women’s suffrage in Aotearoa – but questionss progress since women gained the vote. The exhibition examines the successes and speed-bumps of gender equality so far, and where to next.

Equal pay, reproductive rights, gendered violence, online trolling, legal rights and body image are all up for discussion and interrogation.  Photographs of trailblazers, ground-breaking marches, and posters and publications from the Museum’s collection will be on display. Are we there yet? Runs until 31 October 2018.

Two exhibitions commemorating women’s suffrage are currently on at the Dowse Art Museum.  Embodied Knowledge (22 Aug – 28 Oct 2018) presents significant sculptural works made by women artists during a tumultuous period of Aotearoa New Zealand’s art history. It is complemented by a second exhibition Can Tame Anything (22 Aug – 25 Nov 2018) featuring women’s art and examines relationships between the body and language.

Taranaki is commemorating Suffrage 125 with an exhibition featuring the stories of 11 local women from all walks of life, covering the region’s early history to the present day.  Hina: Celebrating Taranaki Women will run until March 2019 and is on display in the Lane Gallery at Puke Ariki Library in New Plymouth.  Alongside the stories of the 11 Taranaki women throughout the ages are responses from a selection of women from the community who share their own personal stories.

The Dunedin City Library is staging an exhibition showcasing early New Zealand women writers and other creatives complementing the story of the women’s suffrage movement.  Voices and Votes: A Tribute to Women’s Suffrage opened on 17 September and will run until 2 December.

And at the University of Otago, Hocken Collections is presenting Sisters Communing – an exhibition drawing connections between women’s art, women in art, and items from the Hocken’s archival collection relating to women gaining the vote. Sisters Communing celebrates the artistic, domestic, social and political lives of New Zealand women. The exhibition runs from 15 September to 3 November.

New Zealand’s national airline has also launched a video celebrating some of its own female trailblazers who have helped to shape the airline over the years, including former employees who stood up for equality in the workplace.