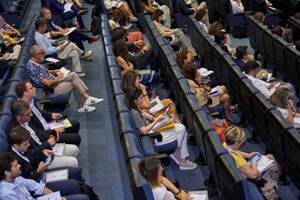 The FITURNEXT Observatory, FITUR’s platform dedicated to promoting good practises in tourism, has developed a pioneering model to offer tourism companies and destinations proven initiatives that can be easily replicated to generate positive effects regarding the challenge of sustainability. FITURNEXT also shares experiences and the benefits of good practises developed by industry agents. It provides the tourism industry with experiences that have already proven their positive results and effects.

This proposal is part of FITURNEXT’s research work, where it has analysed over 250 tourism initiatives from around the world that generate positive effects for companies and destinations, while at the same time tackling social and environmental challenges.  During this research, FITURNEXT has found that these challenges that the sector can contribute to are systemic, beyond the particularities of tourism at a local level. The Observatory works towards the capability to be replicated to multiply the positive effects of good practises that tackle these challenges.

Thus, many of the initiatives that are small-scale and are growing could benefit thousands of people if their ideas and processes were available to more agents that could replicate them. Replicating proven good practises enables value to be generated easier and quicker and, in turn, reduces costs and effort in the development of projects. Additionally, sharing an initiative so that anyone who is interested can adopt it increases its growth, visibility and capacity for improvement, thanks to the contributions by everyone who replicates the original idea.

Beyond identifying the benefits of replication, the model developed by the observatory shows the main characteristics that define the replication potential of an initiative, and therefore its ease in being adopted by part of the industry. This potential is measured with the reproducibility barometer, comprised of two dimensions. The first one evaluates the degree of maturity of the initiative with three variables: level of development, level of existing documentation and the resources required to implement it. The second one evaluates the degree of feasibility of the initiative, with three variables that are requirements to replicate it: level of dependencies or regulatory context required, transfer or opening of the available documentation and ecosystem of agents to be mobilised. The six variables are evaluated on a five-level scale and are weighted to provide the potential for replication as a result, which is measured on a basis of five.

Thanks to this model, FITURNEXT, sponsored by Bankia, identifies the practises that have the highest potential for replication and prepares them so that they may be adopted by the industry. At FITUR  2020, the Observatory will reward and exhibit the three practises that win the challenge posed this year: tourism’s contribution to local economic development.