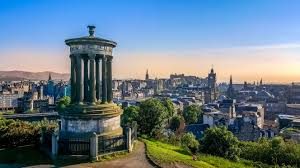 Edinburgh’s five August festivals, which were due to welcome audiences of more than 4.4 million people and 25,000 artists, have in effect been cancelled. The fringe, the world’s biggest arts festival, on Wednesday joined the city’s book, art and international festivals and military tattoo in announcing that the cancellation for this year.

Shona McCarthy, chief executive of the Fringe Society, said the decision had not been taken lightly. She also held out hope that they would find ways of “uniting people” under a fringe umbrella.

She said that it is too early to say what this will look like, but they are confident that as collective they can find a way to reach through the walls that currently surround us and inspire, cheer and connect.

The first minister, Nicola Sturgeon, described the cancellation as “a heartbreaking decision but the right one” and promised to work with the festivals to ensure that they returned stronger next year.

Because the fringe is an open-access event, the governing Fringe Society cannot formally cancel it in the same way other festivals can. But it can recommend that the many venues and participants stop their planning and refund deposits and tickets.

No one knows what the United Kingdom will be like in August, but it was becoming increasingly clear that the huge, expensive operation going on at the moment to prepare for the fringe could no longer continue.

A joint statement to visiting companies and performers from the fringe’s biggest venues, the Assembly, Gilded Balloon, Underbelly and Pleasance, said: “Whilst we are suspending our activity for the foreseeable future, if there is any chance that we might rekindle the spark of a festival fringe at our venues in August 2020 and rebuild an event for this summer, we will certainly try.

“The undefinable and indefatigable fringe spirit has always been one of this festival’s most exhilarating characteristics, and if there is any way that we can capture just a tiny ounce of that spirit this summer, then we hope you know we will give it our best shot.”

The Summerhall venue had been looking forward to its 10th fringe programme. Rowan Campbell, general manager, said she agreed that “it is neither possible nor desirable for the event to go ahead as planned in August”.

The effect on the local economy and wider cultural ecology will be enormous. The fringe last year had record ticket sales of 3m and generated, according to one economic analysis, more than £1bn for the local and wider economy. Among those watching 3,800 shows in more than 300 venues were theatre, film and television bookers and producers looking for latest trends and on the hunt for the next generation of talent.

The fringe was born in 1947 after eight companies who had asked to be part of the inaugural Edinburgh international festival were refused entry. They decided to perform anyway, and from that came the annual free-spirited, non-curated blizzard of culture that is open to everyone. Every year visitors see some of the best and worst that the worlds of theatre, comedy and dance have to offer.

Its ethos has inspired around 200 fringe festivals around the world, from Melbourne to Montreal to Morecambe.

Many performers, while disappointed, will be glad of the clarity. Jordan Brookes, who won the Edinburgh comedy award in 2019, last week tweeted, pleading “for the love of absolute god” for the cancellation of the fringe.