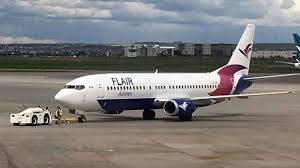 Canadian travellers looking to head to south over Spring Break may be in trouble if they booked through Flair Airlines.

Several travellers have told CTV Winnipeg that they have received emails from the airline this week telling them that their flights have been cancelled.

“Flair can confirm that we are suspending seasonal service to some US destinations beginning February 28th,” a spokesperson said in a statement to CTV Winnipeg.

“We are in the process of contacting all affected passengers and providing them with full refunds or, for those who have already started their journey, alternative travel arrangements on other airlines.”

Flair has only suspended service between Winnipeg and Miami, and St. Petersburg-Clearwater. Scheduled flights to Orlando, Las Vegas, and Phoenix-Mesa remain unchanged.

Travel Consultant Iris Jamieson recommends that anyone affected by the cancellations should rebook with another airline as soon as possible to keep their travel plans from being disrupted.

“Christmas and Spring break are two of the most heavy traffic periods during the year,” Jamieson said.