Home » Flights cancelled due to strong winds at Sydney Airport

Flights cancelled due to strong winds at Sydney Airport 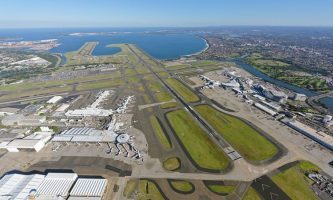 Twenty flights across all major airlines were cancelled due to strong winds at Sydney Airport on Thursday while few others got delayed due to the same reason.

The air traffic control closed down two of the airport’s three runaways from 2 pm. The airport authorities warned passengers to expect a further delay in flights. A spokesman with Qantas said that almost every airline was affected by the closures. He said that the Qantas passengers would be accommodated on the first available seats.

As per the Bureau of Meteorology, strong westerly winds hit the airport. Wind gusts of over 70 KPH were recorded at the airport and the Sydney Harbour. The ferries between Manly and Circular Quay were also cancelled due to the inclement weather conditions.

Sydney Ferries later tweeted that replacement buses had been organized and travellers would have to allow extra time for journeys.

The airport authorities said that they were expecting strong winds during the night as well and thus passengers had been asked to leave home with plenty of time before their flights.

On Thursday afternoon, a severe weather warning had been issued for damaging winds in the Illawarra and few parts of South Coast, Central Tablelands and snowy mountains. The Bureau of Meteorology has also issued a warning for Hunter Coast, Sydney Coast and Eden Coast on Friday.

Meanwhile, Air Australia has forecasted “severe turbulence” due to strong winds. This type of wind event has become quite common at Sydney Airport over the past few months. Authorities hinted that delays would far more impact arrivals than departure.

Bureau of Meteorology forecaster Ellie Blanford said that travellers opting the domestic service were recommended to contact their airlines first so as to check if their flights had been cancelled or not.

He said that travellers were recommended to contact their airlines before coming to the airport.