Following US alert UAE also warns its citizens about Barcelona 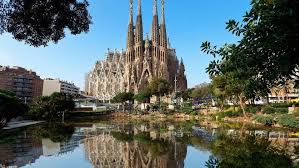 In view of the US warning to its citizens of a possible terror attack in Barcelona the UAE Consulate has also asked Emiratis and residents in Barcelona to exercise caution.

“Visitors and residents of Barcelona should exercise caution and avoid tourist attractions or attending large gatherings, as per the advisory issued by local authorities in Barcelona.

Meanwhile, Spain’s cosmopolitan city of Barcelona placed its security forces on high alert following a warning from the US.

Earlier on Monday, the State Department in a tweet urged “heightened caution around areas of vehicle movement” in Barcelona’s Las Ramblas area during Christmas and New Year’s.

The consulate also reminded Americans that the emergency telephone number in Spain is 112 and asked them to pay attention to advisories and warnings that might be issued by Spain’s Civil Guard, the National Police and the Mossos d’Esquadra, Catalonia’s autonomous police force.

The US State Department regularly issues travel warnings and advisories to inform its citizens about security in countries they may be intending to visit.

Currently, Spain is designated a Level 2 nation by the US, meaning that Washington is advising its citizens to look out for possible risks to their safety.