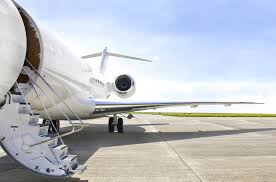 Andrew Levy, former United’s CFO and president of Allegiant Travel, has announced the plans to start a new low-cost airline that would compete with other carriers on the U.S. market. However, the airline veteran is not starting from scratch. Recently he has purchased XTRA Airways, a Florida-based charter airline nowadays operating a single Boeing 737-400 aircraft. XTRA operated the aircraft Hilary Clinton used during her 2016 campaign.

Having purchased an established airline will simplify the entire process for Andrew Levy.  The reason is that the airline has already obtained a Part 121 commercial airline certification, which can generally be a lengthy process.

Compared to other budget carriers already operating on the local market, the new airline will have to be recognisably different. Levy hopes to innovate parts of the experience and introduce a simplified fee structure to differentiate it from other airlines. Furthermore, it aims to provide a reliable service to secondary markets.

Levy said that they think that the opportunity exists for a real high-quality, highly reliable, extremely low fare, basic transportation service. Levy hopes to secure a $100 million funding by June or July this year. The Houston-based airline could start service with five Boeing 737-800 aircraft by late 2019.