Four days strike called by Air France, hundreds of flights to be cancelled 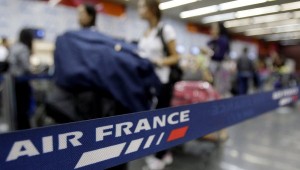 Another four days of strike action in early May by three pilot unions  has been called after the end of the latest two-day Air France strike on Tuesday.

On 3 and 4 May, again on 7 and 8 May they will walk out which will affect the end of one working week and the start of next week. It seems the spring of discontent among transport workers in France is gathering pace.

It was mentioned by the union in a joint statement that they wanted to keep the pressure for their wage demands.

The stoppage will be further joined by the cabin crew and ground staff in furtherance of a claim for 6 per cent pay hike. Since 2011, there has been an effective pay freeze even though the French is making good profits. Employees state that their wages have lost ground.

Till now Air France offered 2 per cent but the unions revealed their next move, the airline launched a staff consultation about their proposals to manage the pay dispute.

Air France spokesperson mentioned after the strike call that by making the decision to launch additional strikes with the total number of days of strike action coming to 15. The economic situation will be put at risk and further increase the risk of damaging the customers’ trust and loyalty.

The Air France staff can vote on the proposed pay agreement from 10 am today until Friday 4 May 2018 at 6 pm, through this they can make their voice heard and end the  conflict.

On an average one-third of the daily services has been cancelled during the past 11 days of strike. It costed Air France €250m and around 40, 000 passengers had their planned flights cancelled on previous stoppage days.

The strike days coincides with the planned strikes by the French railway networks on 3, 4 and 8 May.