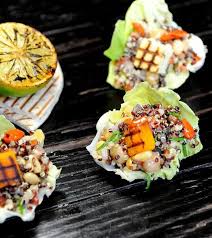 The international tourists are enjoying Lebanese Food Festival at Four Seasons Hotel Riyadh that began from March 15, 2018 and will end on 31st March, 2018.

The hotel management welcomed the honourable media representatives and influencers during the launch of the Lebanese Food Festival at Elements restaurant, which was attended by the Lebanese Ambassador His Excellency, Dr. Fawzy Kabbara.

Tarek Bekhiet also pointed out that the Lebanese Food Festival is widely admired by local guests for its exquisite dishes and comprehensive cultural ambience.

The Lebanese Food Festival offers a daily all inclusive dinner buffets starting 7:00 pm and continuing until 12:00 midnight at Elements restaurant.

During the festival guests can take their pick of a variety of appetizers and traditional Lebanese mezze such as hummus, fried kebbe, tabouleh, grape leaves and many more. Over at the hot food buffet, guests can indulge in a wide variety of authentic main courses from the region of Beirut, then round off the evening with irresistible temptations made up of a selection of oriental and international desserts.