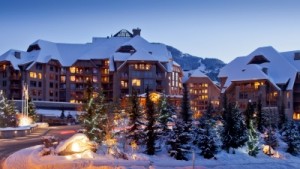 As a third year recipient, the team at Four Seasons Resort and Residences Whistler is proud to maintain the elite status of a Five Star property that consistently offers personalised and distinctive service to its guests. Each year presents an opportunity to elevate the guest experience with innovation and discernment. Four Seasons is the only Five Star resort in Whistler, and the Spa at Four Seasons, rated Four Stars, is the only Star-rated spa in the mountain resort.

“To quote Isadore Sharp, ‘True Luxury will be defined not by architecture and decor, but by service.’ Here at Four Seasons Resort and Residences Whistler, it is the camaraderie, warmth and passion that is felt at every touch point that brings guests back year after year. For us, excellence means surpassing each guest’s highest levels of expectation and consistently providing intuitive personal service. Ultimately this award is a testament to our people, our team – from the front line to the back of the house and administration, we all strive to offer exceptional experiences to each guest. We are honoured and humbled to be a Forbes Five Star Resort,” says Joerg Rodig, General Manager.