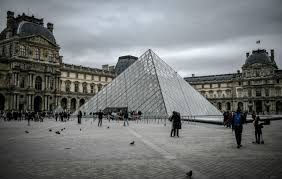 Coronavirus cases surged in Italy, and France closed the world-famous Louvre Museum on Sunday as the deadly outbreak that began in China sent fear rising across Western Europe, threatening its tourism industry. The number of countries hit by the virus climbed past 60, and the death toll worldwide reached at least 3,000.

The new fronts in the battle opened rapidly over the weekend, deepening the sense of crisis that has already sent financial markets plummeting, emptied the streets in many cities and rewritten the routines of millions of people. More than 88,000 around the globe have been infected, with the virus popping up on every continent but Antarctica.

Australia and Thailand reported their first deaths Sunday, while the Dominican Republic and the Czech Republic recorded their first infections. The Italian authorities announced that the number of people infected in the country soared 50% to 1,694 in just 24 hours, and five more had died, bringing the death toll there to 34. France raised its number of reported cases to 130, an increase of 30 from the day before, and said it has seen two deaths.

The U.S. government advised Americans against traveling to the two northern Italian regions hit hardest, among them Lombardy, which includes Milan. Major American airlines began suspending flights to Milan. American Airlines AAL, -7.52%   announced Sunday it will waive fees for changing all flights over the next two weeks.

The travel restrictions against Italy and the rising alarm in France could deal a heavy blow to the countries’ tourism industries. Spring, especially Easter, is a hugely popular time for schoolchildren to visit France and Italy.

Bernabo Bocca said that they have already registered a slowdown of Americans coming to Italy in recent years. Now, the final blow has arrived.

The tourism accounts for 13% of the economy in Italy, with its world-class art museums, archaeological sites and architectural treasures. More than 5.6 million Americans visit Italy every year, representing 9% of foreign tourists.

Iran, Iraq and South Korea, among other places, also saw the number of infections rise. Cases in the U.S. climbed to at least 74 with the first death in the United States reported on Saturday — a man in his 50s in Washington state who had underlying health problems but hadn’t traveled to any affected areas.

The panic-buying of daily necessities emerged in Japan, where professional baseball teams have played spring-training games in deserted stadiums. Tourist attractions across Asia, Europe and the Mideast were deserted. Islam’s holiest sites have been closed to foreign pilgrims. And governments have closed schools and banned big gatherings.

The United Nations said Sunday it is releasing $15 million from an emergency fund to help countries with fragile health systems contain the virus.