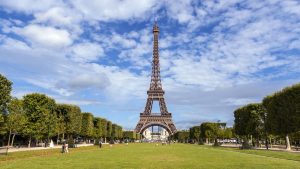 France welcomed a total of 89.4 million visitors which is a rise of three per cent from that of 2017.  It is now targeting 100 million foreign tourists for 2020. Government’s tourism committee said in a statement: “France remained the world’s top destination in 2018”.

The Europeans make up the bulk of foreign tourists to France, representing 79 per cent of the total. The Asian visitors recorded the biggest increase of 7.4 per cent as compared to 2017.

Tourist spending recorded a five per cent increase from the previous year to 56.2 billion euros, as per the government.

Business tourism also soared higher. Paris hosted 212 international conferences in 2018 which it won it the top position in the International Congress and Convention Association (ICCA) rankings. In 2017, it hosted 190 meetings.

Statistics office Insee had already indicated growth in France tourism. In April, it had recorded 438.2 million nights spent in hotels, campsites and youth hostels in 2018, an increase of nine million from the previous year. This figure excludes that of home-sharing platforms like Airbnb, which alone has 65,000 listed apartments in Paris.

The growth in French tourism was recorded despite the yellow vest protests in Paris. There were concerns that it might prove to be spoke in the wheels of steady growth of tourism which has become a huge contributor to France’s economy, generating two million jobs.