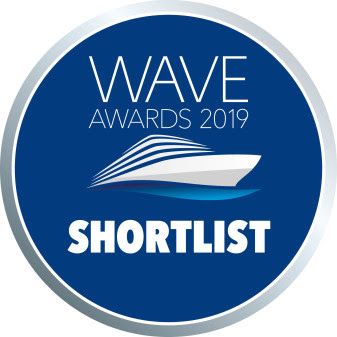 Fred. Olsen Cruise Lines has this week been shortlisted in three categories at the prestigious ‘Wave Awards 2019’, to be held in London in March 2019, well as in the running for two guest-voted accolades.

The ‘Wave Awards 2019’ shortlist has been announced just a week after Fred. Olsen was named winner of the ‘Best for Itineraries’ award in Cruise Critic’s ‘UK Editors’ Picks Awards 2018’, for the fourth year running, as well as ‘Best for Shore Excursions’ for the first time.

“At Fred. Olsen, we work tirelessly right across our operation to ensure that we continue to offer a range of exciting, innovative and exceptional holidays, and it is great to be in the running for such prestigious accolades at next year’s ‘Wave Awards’.

“Of course, our success would not be possible without our guests, and I’m sure that they will get behind Fred. Olsen by voting for us in the ocean and river categories for ‘Favourite Cruise Line’.”

The winners of all categories will be announced at a prestigious gala dinner at London’s De Vere Grand Connaught Rooms on 7th March 2019.