Fred. Olsen to commence 2018/19 cruise seasons from Newcastle and Liverpool 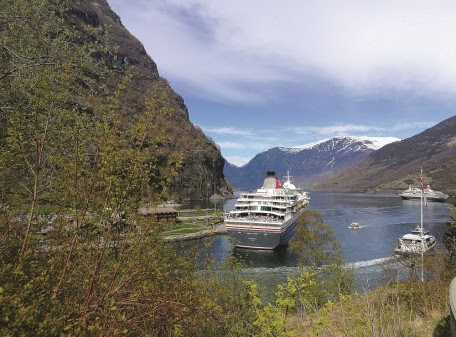 Fred. Olsen Cruise Lines will be commencing its 2018/19 cruise seasons from the ports of Newcastle and Liverpool on Thursday 26th April 2018. 1,350-guest flagship Balmoral will be setting sail from Newcastle on a seven-night ‘German Cities & the Kiel Canal’ cruise, and 804-guest Black Watch will be departing from Liverpool on an eight-night ‘Fjords, Mountains & Glaciers’ itinerary around Norway.

Balmoral will be setting sail on a record 15 voyages from the Port of Tyne, Newcastle in 2018 – an increase on the 13 departures offered in 2017 – giving holidaymakers in the North East the choice of a host of exciting and exotic destinations, including Norway, Iceland, Spain, Portugal, Germany and the Baltic. Balmoral’s ex-Newcastle cruise season will extend from April to May, from where the ship will reposition to Edinburgh (Rosyth), before returning to Newcastle from July to October.

Black Watch will be offering a record 18 departures from Liverpool between April and November 2018, ranging from a five-night ‘Scottish Lochs, Highlands & Islands’ sailing in July, to an epic 26-night ‘Canada in the Fall’ adventure in September.

“The appealing combination of choice and value offered by Fred. Olsen has already seen many first-time cruisers and repeat customers from Newcastle and Liverpool make the decision to sail from their convenient local port.

“In fact, our bookings for 2018 have shown that, so far, Balmoral’s seven-night ‘Scenic Fjords of Norway’ adult-only sailing from Newcastle in May 2018, and Black Watch’s nine-night ‘A Taste of Iceland’ exploration from Liverpool in June 2018, are amongst our best-selling cruises overall.”

Liverpool will also be seeing a bumper number of Fred. Olsen cruise departures in 2019/20, with a total of 22 sailings between April 2019 and March 2020 on Black Watch.