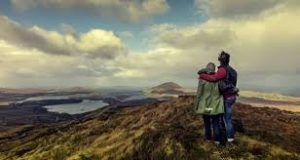 In a recent development, 62 towns across Ireland are set to benefit from an investment of over €15 million in the tourism industry.

According to Minister of State for Tourism and Sport, Brendan Griffin, who made the announcement Thursday, the investment will be made through the local authorities.

“I’m delighted to unveil Fáilte Ireland’s new investment scheme, which will provide a significant boost for towns across the country with untapped tourism potential,” he said.

“This scheme is a great opportunity for towns which aren’t fully active in the tourism industry to look at how their local economy can benefit from increased tourism activity as well as the physical development the scheme will bring.”

The scheme will see every local authority given between €250,000 and €500,000 to develop up to two towns in their area which have the potential to become so-called ‘destination town’ for tourists.

To be successful in their funding submissions, County Councils will be expected to identify towns that have the following features, according to Fáilte Ireland:

“The importance of tourism as an economic driver and source of employment cannot be underestimated,” said Paul Kelly, Fáilte Ireland’s CEO.

The scheme will be officially launched in April.