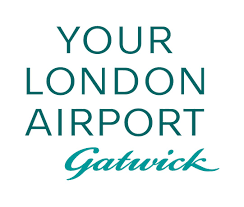 Gatwick Airport today further underlined the vital role it plays in the local, regional and national economy as it announced its annual financial results for the twelve months ending 31 March 2018.

The airport has continued to demonstrate the important role that it plays for Britain with passenger numbers reaching an all-time high of 45.7m, up +3.6% on last year, resulting in an extra 1.6 million people travelling through Gatwick.
Passenger growth was driven by the airport’s long-haul connections with an additional 1 million long-haul passengers (up +14.4% on 2016/2017) travelling through Gatwick. 1 in 6 airport passengers now travel to a long-haul destination.

In the last financial year, nine new long-haul routes have started from the airport to destinations including Buenos Aires, Taipei and Singapore. Plus, building on increased passenger numbers to China, up 44.5% year on year, next week Air China will start the UK’s only direct connection to Chengdu.

The airport’s long-haul growth, up +14.4%, drove a +20.4% increase in cargo tonnage compared to last year. Recent research by Oxford Economics has found that in 2017, £7.5 billion worth of goods were transported between the UK and overseas markets, through flights that arrived at or departed from Gatwick.

“Our increased network drives increased cargo capacity – another example of the vital role Gatwick plays for Britain. As the country prepares for Brexit, it is critical that we continue to grow our long-haul links in addition to connections within the UK and Europe.

“We have ambitious plans to further enhance the experience for passengers at the airport, with a commitment to invest over £3 billion between 2010 – 2023, including an extension to Pier 6 providing six new aircraft stands, plus a new mezzanine level in the North Terminal departure lounge to accommodate new restaurants.

“Gatwick welcomes and is focussed on the Government’s recent challenge to all airports to make the best use of their existing runways. It is vital that all airports are encouraged to increase capacity and we are exploring the best way Gatwick can continue to grow sustainably to support the local and national economy so that Britain can reap the benefits of greater global connectivity.”

• Revenue up 5.4% to £764.2million. Combined with carefully controlled cost management, this resulted in EBITDA up 10.1% to £411.2 million and a profit before tax of £233.7 million
• The year to the end of March 2018 was the busiest in Gatwick’s history with 45.7 million passengers, an increase of 3.6% or 1.6 million passengers
• Gatwick’s growth is a combination of more planes, bigger planes and fuller planes – each aircraft at Gatwick is carrying five (4.6) more passengers, on average, than last year

• Growth across a broad range of travel markets with long-haul traffic, European business routes and destinations in Asia combining to fuel a record-breaking year
• Gatwick adds 1 million long-haul passengers,  as 1 in 6 of the airport’s passengers are travelling long-haul
• New long-haul services from Gatwick include:
– Qatar Airways to Doha
– China Airlines to Taipei
– Norwegian to Singapore, Buenos Aires, Chicago, Austin, Denver, Seattle
• In July 2018, Air China will start the UK’s only direct connection to Chengdu