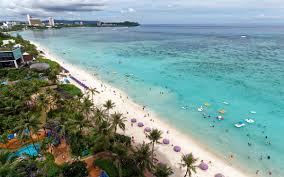 Although Guam hasn’t had a single case of coronavirus, the island has lost more than $9.1 million in revenue due to the illness so far, and businesses must be prepared for continued downturn. The tourists cancellations were at 15,139 as of Tuesday, according to the Guam Visitors Bureau. This has resulted in a loss of more than $9.1 million from February through April, said Pilar Laguaña, bureau CEO and president.

Meanwhile, a delay in the minimum wage increase set for March, requested by the Guam Chamber of Commerce, is not an option. The chamber cited concerns regarding businesses’ revenues due to the outbreak. No executive order can trump the law, according to Adelup spokeswoman Krystal Paco-San Agustin.

Laguana said that this was a very uncertain time for travellers. Their concern and their priority is the health and safety of their island.There is no timeline for recovery, and there is no blueprint for businesses seeking a return to normalcy.

The airport is tracking 11,000 canceled seats through February so far, said Tom Ada, executive manager of the Guam International Airport Authority. Outbound passengers have dropped significantly as well, he said. A month ago, the airport saw 3,200 daily departures between 1 and 4 p.m. That number has dropped to about 2,400 departing passengers.  Some of this negative impact is somewhat mitigated due to an unexpectedly prosperous January. However, the airport will need to defer capital improvement projects due to the losses in revenue so far, Ada said.

Mary Rhodes, president of the Guam Hotel and Restaurant Association, stressed that businesses should be prepared for a sustained downturn for several months. The majority of Guam’s GDP comes from tourism, and 35% of the island’s employment is in the tourism industry, Rhodes said.

There’s no way to put a timeline on when the outbreak will subside, allowing the industry and its businesses to bounce back, she said. Instead, businesses need to focus on preparing their employees and management for the downturn, and to increase internal efficiency in the meantime.