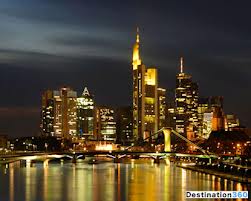 Germany has recorded over 80 million overnight stays by foreign tourists for the very first time in the year 2016.

This is the seventh consecutive record tourism output for this famous tourist destination. Between January and December, the German Federal Statistical Office was able to record a staggering 80.8 million international overnight stays in different accommodation establishments possessing a minimum of 10 beds that marks an increase of 1.1 million people as compared to the last year.

Destination Germany has been experiencing a continued surge of popularity thanks to international visitors, accorfing to Iris Gleicke who is the German federal government commissioner for tourism.

He added that Germany has recorded many new highs for incoming tourism for the seventh year in a row and this really indicates the strength of the tourism industry of Germany. Asia is slightly below the prior year’s comparative figure with a reduction of 1.1%. And, America had recorded a slight increase of about 1.2%.

Six of the ten most significant European source markets have boosted the tourism figures of Germany in 2016 with higher than average growth rates.

Switzerland had generated a rise of 3.3% while Austria recorded 2.0% above the comparison values for last year. France, Belgium, Spain and Poland comprised about 4.5 to 5.7% growth that was quite strong. The Netherlands has been the most crucial market for Germany and it recorded an increase of 0.7% over the previous year while Great Britain witnessed an increase of one per cent after the Brexit vote.

The United States that is the one of the largest source markets in the world, accounted for 2.5% higher revenues for incoming tourism in Germany than 2015.

Petra Hedorfer who is the chief executive at the German National Tourist Board said that economic factors like the Brexit issue or even the fear of terrorist attacks are likely to be a dampener to the prevalent wanderlust in individual source markets.