Seychelles Tourism Board at the zenith in Leipzig TC fair 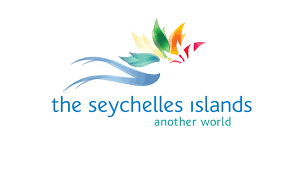 Seychelles Tourism Board (STB) Office in Frankfurt attended the TC Fair in Leipzig from Nov.21-Nov. 25 2018. STB closed the year’s fair season with the “Touristik & Caravaning“(TC) which is a trade and consumer show. Leipzig is a city in Central Germany with a long tradition in trade fairs.

It is the largest tourism and holiday consumer fair in Central Germany and a key tourism event for the German states of Saxony, Saxony–Anhalt, Thuringia, and Brandenburg as well as the neighboring countries of Poland and Czechia.

Seychelles was the fair’s ‘Official Partner’ in 2017. The STB office once again secured a prominent position among the 80 destinations. The fair hosted 500 exhibitors and 60,000 visitors who attended the fair in the Saxon city of Leipzig.

The fair took advantage of the often-underestimated potential in this part of Germany.

Ms. Hunzinger., Director for the German STB office said that the on-site and advance booking situation was very promising for the next year. This part of Germany should not be neglected.

The fairgrounds spanning over 60,000 square meters of exhibition space were fully booked and very crowded over the entire five-day run, which extended from midweek (Wednesday) through the following weekend.

At the end of the current month, the three mostly German-speaking countries have already surpassed last year’s final tally — with four weeks, including the strong Christmas season, yet to go. In fact, Austria, with an increase of 26 per cent over the same period last year, had already surpassed its year-end numbers for 2017 in early November.

Germany and Sitzerland are 9 per cent and 4 per cent above the last year’s all-time record so far respectively. Edelweiss Air had launched their new weekly nonstop flight from Zurich (Switzerland) to Mahé in late September which will furthergive substantial boost to the Swiss market.

At the end of the year, the three countries are anticipated to reach close to 79,000 arrivals. They account for 34 per cent of European visitors and 22 per cent of worldwide Seychelles visitors in 2018.