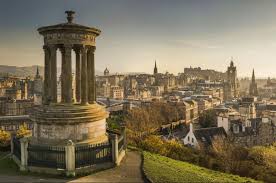 In all the major cities in Scotland, tourism is booming massively with the number of international visitors to Glasgow and Edinburgh increasing by almost a fifth in just a year.

Over the year, Edinburgh generated a total of £1 billion from foreign visitors, up from £822 million in 2016.

That comprises the cost of accommodation along with any money spent in the city during a visit.

Edinburgh witnessed a total of 2,015,000 overseas visitors last year, up from 1,689,000 the year before, as per the Office for National Statistics.

Glasgow witnessed an overall foreign visitor numbers rocket from 659,000 to 787,000 during the same period.

Glasgow in particular saw a major growth in the number of people visiting from North America.