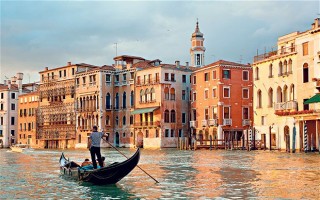 Overtourism has now become a buzzword in some popular destinations such as Venice and Barcelona where the former one is planning to divert the passenger cruise liners while the latter is all set to cut down on the apartment rentals.

“Overtourism” is a phenomenon which is disrupting communities while imperiling cherished buildings and harming the experience of travelers and local residents alike. Rightly called the ‘tourism phobia’, this incident is becoming more and more prevalent, specially in the European destinations. The major reason for this is for the fact that visitors crowd at the same places at the same time. This even took to slogans such as ‘tourists go home’.

Taleb Rifai, secretary-general of the United Nations’ World Tourism Organization (UNWTO), told tourism ministers and industry executives at the World Travel Market in London that this is a wakeup call.  The resentment could rise as tourism increases. The UNWTO forecasts 1.8 billion trips by 2030, up from 1.2 billion in 2016. Add in the 5 billion domestic trips now, and that’s a lot of tourists. Cheap airfare is helping to fuel the growth, along with massive growth in international travel from countries like China.

Many destinations rely on tourism as a primary source of jobs and prosperity while 10 percent of the world’s annual GDP comes from the travel industry. Greece, for instance, is heavily dependent on its tourism industry. Overtourism, thus was a prominent topic of debate in the industry and a central theme World Travel Market.

Efforts to manage overtourism are becoming more innovative and increasingly tapping new technologies. There are now apps to help tourists visit popular destinations at less busy times. And while critics say Airbnb has priced out locals, its supporters say home rentals can ease pressure on cities by spreading visitors far and wide.

Recently introduced the “Enjoy Respect Venice”, this initiative is for controlling travellers who strip and jump into the canals, or who eat on church steps.