GlobalData predicts a boost in domestic tourism in Australia 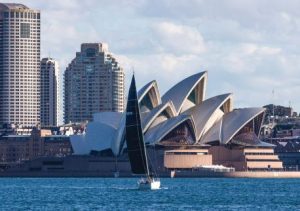 According to GlobalData, Australia’s Minister for Trade’s warning that borders may stay closed until 2021 is expected to boost domestic tourism in the short term.

Rheanna Norris, Associate Analyst at GlobalData, commented that countries that are dependent on Australian tourism, such as Indonesia and New Zealand have already seen and will continue to experience the negative economic impact created by a lack of Australian visitation.

In the year 2018, tourism-dependent Indonesia was visited by 1.2 million Australians in 2018 and New Zealand welcomed 1.5 million in the same year, showcasing the potential scale of the impact a lack of Australian tourism may create on national employment figures and economies in general.

Australia’s impacted tourism industry should focus on attracting local residents, through making transport accessible to all visitor types and promote local destinations that are most in need of tourist dollars as it boasts a large variety of destinations.