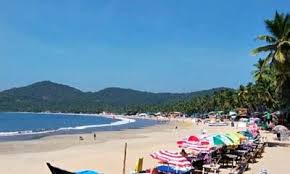 Goa wants to attract international tourists from Australia and the United Arab Emirates as part of its geographical marketing strategy articulated in the Goa’s Tourism Master Plan and Policy.

According to a written reply tabled during the ongoing monsoon session of the Goa State Assembly, Tourism Minister Manohar Ajgaonkar said that the state government of Goa was focusing on high domestic spending and international tourists.

Depending on identifying new opportunities, the further diversify to markets such as Australia through a multi-product destination where cultural tourism would play a major differentiation role,” Ajgaonkar said in his written reply quoting the draft tourism policy being prepared by the consultancy agency, KPMG.

The reply also said that there was a need to tap into the markets for ‘short breaks and holidays’ with new direct flights from the Middle East. Currently most of the international tourists from Russia top the inbound tourist arrival charts, even as British tourists rank second.

The assurance comes at a time when the state tourism industry is facing a trough. The Travel and Tourism Association of Goa, a lobby of stakeholders, had submitted a white paper about the decline in tourism to Ajgaonkar, urging the state government to take urgent steps to address the dip in arrivals.

Ajgaonkar said in his written reply that the focus of the government was to use a “proactive marketing approach” to address “domestic market and current nationalities”, which includes higher spending segments within the coastal tourism product with a better and more diversified offer, including cultural and nature tourism, apart from beach tourism.