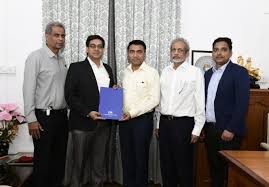 The tourism sector of Goa is going through de-growth, the state’s industry captains explained on Wednesday, while also showing anxiety about the rising negative publicity Goa receives in the international tourism circuits.

In a pre-budget memorandum submitted to the Chief Minister of Goa, Mr. Pramod Sawant prior to the forthcoming budget session, chairman of the Goa chapter of the Confederation of Indian Industries, Mr. Lalit Saraswat said, “The state government needed to address infrastructure issues related to the tourism sector and an increase engagement with industry stakeholders vis a vis charting out a future tourism promotion plans.”

“This (tourism) sector is witnessing a de-growth and a lot of negative publicity in international circuits,” Saraswat mentioned in the memorandum. Several cases of murders of foreigners, crimes against visitors, pestering tourists, poor infrastructure in the last couple of decades has placed Goa tourism under the radar and has also caused a drop in tourist arrivals figures over the last few years.

Also, the CII Goa chief said that there was an urgency to set up a state tourism promotion board to supervise development and planning for the sector.

“There is a need to expedite the formation of the Tourism Promotion Board with more professionals from the Industry on board rather than political appointments,” he said.

Also, the memorandum has requested the state government to control the taxi sector, which of late has seen several strikes along with violence from taxi drivers, who have opposed to regulate fare pricing structure and resisted introduction of app-based taxi services in the coastal state.