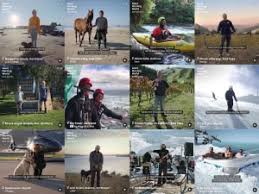 The current Good Morning World Series of Tourism New Zealand’s (NZ) has turned out to be the organization’s highest performing campaign.

The “people-led” content series, which is part of the 100% Pure Welcome – 100% Pure New Zealand brand platform, was actually developed by Special Group NZ and Special Group Australia. It runs for 365 days.

The Marketing Director of Tourism NZ, Mr. Brodie Reid explains that the campaign by now has surpassed a number of targets.

“We’ve actually doubled our pool of Australians who were considering New Zealand as a destination for a holiday,” Reid told AdNews.

“What that means is, around 2.1 million Australians are considering coming to New Zealand on holiday. Now that just blew it out of the water for the target that we set ourselves.”

Reid mentions that within five months of its launch, Tourism NZ “smashed” it’s three-year target and became highest preference it had been in five years for Australians interested in holidaying overseas. Also, the tourism body has seen a 1500% increase in social search.

“This is the highest performing campaign we’ve ever done, from both a long-term brand building perspective and a short-term motivation,” Reid says.

The first concept for the series came after research from Tourism NZ which found the “Kiwi spirit” had underpinned the nation and what it can catually provide the visitors.

“We found that one of the most amazing this people came for the landscapes but what they [have] actually been talking about was the people,” she says.