Gorakh Expressway may boost the tourism approach of North Pakistan 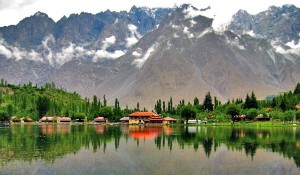 Gorakh Expressway the futuristic road project on the pattern of the Murree expressway will foster the tourism in Sindh and northern part of Pakistan as there is a tourism opportunity to promote the hill stations of Pakistan.

Sindh lacks a standard hill station and a large number of tourists from the province visit hills stations in Punjab, KPK and Balochistan in summer vacations.  The tourism revenue generated by tourism from Sindh by other provinces can be earned by the provincial government if it develops the scenic hill station of Gorakh in Dadu district on international standards.

Here the tourism plays a pivotal role in the economy of all other provinces of Paksitan. These provinces are spending huge sums to expand different tourist attractions, especially hill stations.

There are dozens of tourist operators work in Sindh, especially Karachi and they send hundreds of thousands of tourists on different packages to spend summer vacations in cooler hill stations in northern Pakistan. These tourists and many more, who visit these areas individually, can be easily drawn towards Gorakh if the provincial government provides better facilities at the site.

The upgradation of the roads will also make certain better water supply, provision of good hotels, motels and inns, besides installation of chair-lifts can make Gorakh a big success.