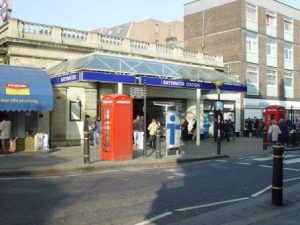 The Coleman Rail-led Evolve Bayswater Alliance has been awarded an A$253m contract by the government of Western Australia for the reconstruction of Bayswater station on the Perth suburban network.

The $253m contract will include the process of reconstruction of the station and the surrounding urban grounds as well as rail infrastructure works. Alongside the present station, an island platform will also be constructed. Enabling works and utility diversions have already commenced. After the completion, Midland Line services will be switched to the new platform. The old station will be removed and a second island platform would be built for the Morley-Ellenbrook Line.

To the west of the station, a turnback siding will be built. This can be used by off-peak airport branch services. During peak times, trains to and from the Forrestfield-Airport Link will continue across the city centre to Claremont on the Fremantle Line. As a result, the current service on the inner section of the Midland Line will be doubled.

Located on the Midland line, 7 km northeast of the city centre, Bayswater is expected to become a major hub on the 1067 mm gauge network. It will be the junction for the under-construction 8·5 km Forrestfield-Airport Link and would also be served by the 21 km Morley-Ellenbrook Line being developed as part of the Metronet expansion programme.

Rita Saffioti, Transport Minister, Western Australia said in a recent statement that Bayswater will become one of Perth’s best-connected communities. She mentioned that it will have access to three rail lines and many bus services. She also shared that it is important to continue progressing projects in times like the present (amid the coronavirus pandemic). She said that new projects would provide work for local businesses and keep workers in their jobs which will ultimately support the state’s wider economy.