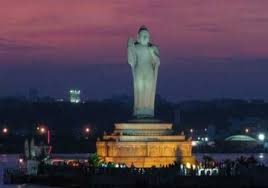 Telangana Tourism Secretary B Venkatesham said on Monday that the target of the government was to develop the state as a major tourist destination at the international level.

The Tourism Secretary was speaking during the release of the logo and brochure for ‘Telangana Tourism Conclave 2018’ that will be organised by the FTAPCCI. Venkatesham said Telangana was one of the relatively important tourist places in the country.

After Rajasthan, Telangana has the highest number of forts and minarets, he added. “A day would soon come when one will find Telangana as a major destination on the tourism map,” B Venkatesham said.

He further said the government was trying to develop the tourist places commercially on the lines of Hong Kong, Singapore, and France.

The Tourism secretary said the government was moving ahead with plans to develop heritage tourism, IT hub, pharma hub, medical tourism, adventure tourism, etc. If the tourism sector develops, it can create more employment than both manufacturing and agriculture sectors.

FTAPCCI president G Srinivas said FTAPCCI, Telangana Tourism and Global Panorama Showcase would organise the first ‘Telangana Tourism Conclave 2018’ on an international level. The event would be organised over three days between June 28 and June 30. On the first day discussions would be held on travel education and travel business development. On the second and third days of the conclave there would be business-to-business meetings.