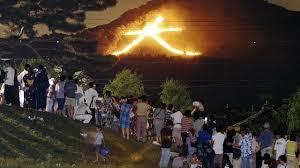 Prime Minister Shinzo Abe has assured to attract 40 million international visitors to Japan by 2020. Now, it’s up to local communities to make way for them.

Last year, over 30 million visitors came to Japan, part of a prolonged tourism boom that has welcomed 4.5 trillion yen ($41 billion) annually to communities across the country.

However, the residents are chafing at the increasing prices, raucous behavior and other conflicts that come with increased number of overseas visitors. Businesses and communities all through Japan are adopting measures to control the influx in a safe and sustainable way before the Tokyo Olympics in 2020.

In few places, the revenue generated from tourism is critical. Around 40% of visitors go to the Kansai region in western Japan, netting the area more than 1 trillion yen annually in terms of tourist spending.

The uniquely designed Umeda Sky Building in Central Osaka lured over 1.5 million guests in fiscal 2017, three times more than in 2008 when it was named world’s one of the top 20 buildings by The Times newspaper of the U.K.

Foreigners comprise 75% of the visitors to the building, and the admission fee more than doubled to 1,500 yen in March 2015 from 700 yen, in expectation of greater number of overseas visitors.

The raise generated local complaints. Few Japanese say the price is quite steep and it stops them from seeing the building. The number of Japanese patrons dropped by 30% to 370,000 in fiscal 2017 compared with three years earlier.