Growth in Malaysian tourism sector to be driven by Chinese tourists 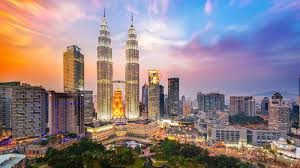 Chinese tourists who have been the key growth driver across Southeast Asia over the past decade will continue to support Malaysian tourism growth, says a Malaysian research house.

According to a Malaysian research house Malaysian tourism growth will be supported by the Chinese tourists who are already a key growth driver across Southeast Asia over the past decade.

The research house believed that more inbound Chinese visitors this year will be moderately adverse the impact of fewer Singaporean visitors on the Malaysian tourism industry.

The Chinese visitors are known to spend more than the other. In 2018 Malaysia’s overall tourists arrivals dipped 0.4 percent year-on-year to 25.83 million last but the Chinese inbound tourists went up by 29 percent to 2.94 million.

On an average last year Chinese visitors to Malaysia spent 4,200 ringgit and the research house further says that there was more room for growth as an average Chinese visitor to Thailand spending 65 more than they spend in Malaysia.

The report also said that the China was the world’s top tourism spender which was more than the combined United States and Germany.