Growth of tourism through digitization 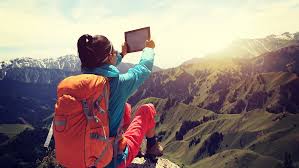 Data from Statistics Indonesia (BPS) reveals that foreign tourist arrival number in Indonesia has increased by 12.6 percent to 15.8 million last year from the statistics recorded in the year previous to it. This number comprised border crossers (PLB) and special foreign tourists who went in and out of the border every day as these visitors live in and around the border area. Tourist arrivals in Indonesia have recorded an average year-to-year growth of 9.76 percent.

On the basis of 2018’s edition of the United Nations World Tourism Organization (UNWTO) Tourism Highlights, tourism of Indonesia increased in 2017 by 16.9 percent in comparison to 2016 and was the fourth-highest growth compared to other Southeast Asian countries after Vietnam, Myanmar and Brunei.

In 2018, the top-five international tourist arrivals by nationality were Malaysia, China, Singapore, Timor Leste and Australia. In 2017, Malaysia was in the top position, followed by China.