Guilin witnessed a 32.58 per cent increase in tourists 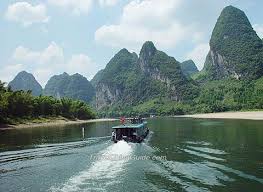 The local government on Friday announced that more than 100 million people visited Guilin, a showing a year-on-year increase of 32.58 percent.

The number of tourists to the scenic city of Guilin in southern China’s Guangxi Zhuang Autonomous Region has seen a tourism boom.

The picturesque karst mountains and beautiful rivers are visible in the northern part of Guangxi.

Further, several policies were issued by the local authorities to bring it to the next level. They will have 72-hour visa free tranit stays for nationals of 51 countries. There will also be six-day visa free stays for tourist groups of ASEAN member countries.