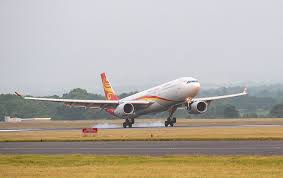 A new route between Paris and Chongqing has launched by Hainan Airlines, one of the largest carriers in China.

The 12-hour non-stop flight will make traveling between Chongqing and Paris much easier, saving both time and money for Chinese passengers wanting to experience Paris’ famed romance. This route is the second direct international flight from Chongqing to Europe by Hainan Airlines, their first being to Rome, Italy.

There are now six direct flights between Chongqing and European destinations, and you can now fly directly to Chongqing, China, from London, Rome, Helsinki, Paris, Moscow and Irkutsk, making traveling between Europe and Chongqing much easier and more efficient.

According to the Chongqing Municipal Transportation Bureau, Jiangbei International Airport has already opened routes from Chongqing to Seattle, and Boston via Shanghai earlier in this month. In addition, we are likely to see two non-stop flights and four connecting flights soon from Chongqing to North America, forming a network of 2-4 routes, with up to 18 flights weekly, connecting Chongqing to both the east and west coasts of North America.

Additionally, Chongqing has added more flights to Southeast Asia and other surrounding destinations closer to China. By the end of 2018, the total number of international routes from Chongqing will exceed 80 and should reach more than 100 by 2020, creating a comprehensive network of flights reaching destinations in Europe, the United States and Australia.

By 2020, it is estimated that Chongqing Jiangbei International Airport will handle upwards of 50 million passengers a year, with 5 million traveling internationally, while cargo volume will increase to about 1 million tons. The airport is set to become one of the largest transportation hubs for passengers as well as cargo in China.

The launch ceremony of the Chongqing-Paris direct flight was held on December 18th, at the Jiangbei International Airport in Chongqing.