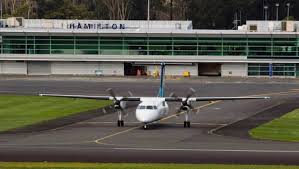 The hotel of Hamilton airport is to get $5 million restoration by the end of this year. It has been leased to the North Island hotel operator Jet Park. This 62-room hotel was bought by airport owner, Waikato Regional Airport Ltd (WRAL) last year as part of its strategy to grow its non-aviation income.

Ownership of the hotel, which after its restoration will offer a destination restaurant and 4-star conference facility and accommodation, will remain with the airport company, which is owned by five Waikato councils. The hotel will stay open during the refurbishment which will be managed by WRAL and Jet Park, which operates hotels in Auckland and Rotorua.

WRAL chief executive Mark Morgan said demand for a quality hotel on the airport precinct was strong with a growing regional visitor market and increase in flights to and from Hamilton. The cost of the makeover will be met by WRAL. Jet Park owner Liz Herrmann said the Mystery Creek hotel, which would be rebranded as part of the Jet Park group, would offer an “exceptional” gateway to Hamilton and the Waikato.

The hotel would showcase original New Zealand artwork with a focus on the work by Waikato-based artists, she said. The Waikato region is now the fifth largest market for visitor spending, which generates $1.5 billion a year for the regional economy.