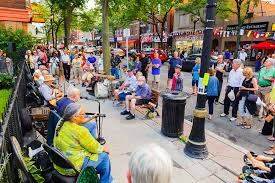 Last year, Hamilton attracted the highest number of tourists with 4.5 million visitors bringing in $360 million in spending. More people than ever stayed in local hotels.

That led to more than 22,000 nights worth of hotel stays, Thorne said.

Museum admissions increased to their highest level, with the city receiving more than 800 film permits, up from just over 500 in 2017.

Thorne said that Hamilton’s pursuit to host more events has paid off.

New hotels in Hamilton’s downtown core were part of the draw. Historically, Hamilton did not have enough hotel rooms to accommodate big events before.

There are three more hotel projects in the pipeline, Thorne said, which is the equivalent of about 400 rooms.