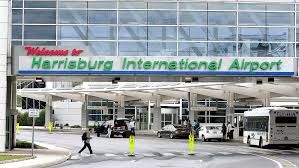 Currently a brand new Fairfield Inn & Suites is under construction.

It is predicted to be unlike any other hotel as it would emphasize greatly on soundproofing and a schedule of flights inside the lobby since it is going to be the first hotel in the premises of Harrisburg International Airport.

The hotel would be a short walk to the parking garage, up one floor in the elevator and a short walk on a mobile walkway and then one can enter the terminal directly.

On Friday morning construction workers were busy working on the future 123-room hotel that was under construction for about a year. This hotel would comprise a small market on the first floor that would be open around the clock that would offer salads, beverages and sandwiches.

Additionally, on the first floor there would exist a business center and also a bar.

This bar would have a light dinner menu too.

The first floor will also have a breakfast area with a large television, and Burnett says the menu will include omelettes, waffles, fruit and more.

There will also be a courtyard with seating.

It would certainly be a beautiful location when you’re watching flights in and out of the airport terminal, feels Burnet.

A fitness center that will include treadmills, workout bikes and free weights will overlook the courtyard. There will be also two meeting rooms. The four-floor hotel will include 74 rooms with king beds and 49 rooms with two queen beds, and seven rooms will be accessible. There will also be a shuttle available by appointment. There hotel will have 126 parking spaces, and day parking and extended parking is available at the HIA garage at a discounted rate.

Display boards in the lobby will let guests keep track of their flights.

Officials also put an extra focus into the soundproofing of the hotel so that customers won’t be bothered by airplanes flying over.