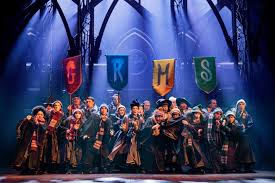 Harry Potter and the Cursed Child has established a new standard for blockbuster plays in Australia, drawing more than 325,000 attendees through the doors of the Princess Theatre in a run now entering its second year.

Opening to rave reviews 12 months ago, the production officially celebrates its first birthday this Sunday, 1 March.

The Andrews Labor Government secured the production for its February 2019 debut, making Melbourne only the third city to welcome the acclaimed play following its premiere in London in 2016 and a season in New York in 2018.

Harry Potter fans have travelled from near and far to enjoy the play in Melbourne with 50 per cent of ticket holders coming from regional Victoria, interstate or one of 42 countries around the world.

For many, the production was also a first theatre experience (51 per cent) and the first time visiting the Princess Theatre (77 per cent). The appeal of Harry Potter and the Cursed Child to younger audiences has also been strong with 44 per cent of attendees under the age of 35, introducing the theatre to a new generation.

The Princess Theatre, which was restored ahead of the show’s launch, is the only place in the southern hemisphere where theatregoers can see this lauded production.

Major events are big business for Victoria – an independent study in 2018 found that they contributed $2.5 billion to the state’s economy.

The study showed that major events attracted almost 6.9 million international and interstate visitors to Victoria annually, up 24 per cent in two years, with direct jobs supported by major event growing by 10 per cent, to 3,350.

In 2020, visitors to Victoria are spoilt for choice with men’s and women’s ICC T20 World Cup finals at the MCG, the 25th Formula 1 Australian Grand Prix, the launch of Melbourne’s new winter arts festival and a Bledisloe Cup rugby union clash at Marvel Stadium among standout dates on the calendar.

Harry Potter and the Cursed Child is booked at the Princess Theatre until mid-2020.

“Harry Potter and the Cursed Child has been working its magic in Victoria for a year and the support for the production from Victorians and visitors has been amazing.”

“People who travel to see the play stay here, they eat and drink here and they take in attractions across the state, creating jobs and keeping businesses strong.”

“It’s incredible to see how many new audience members of all ages have fallen under the spell of theatre within just a year – this further shows why Victoria is the creative capital of Australia.”