Haryana to get a new railway heritage theme park 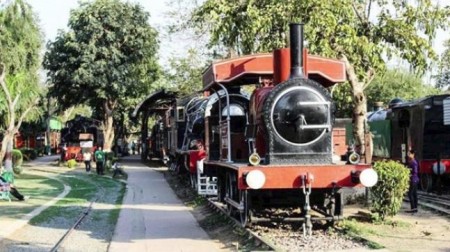 Indian Railways is preparing a proposal to develop a brand new, unique railway heritage park that would be the first-of-its-kind in India at Rewari, in cooperation with the Union Tourism Ministry and the Haryana government.

The railway theme park would be developed, inspired by the pattern of Devon Railway Centre of the UK.

It would comprise a narrow gauge train, model train stations, a convention centre to conduct corporate events and railway exhibits.

Similar theme park already exist in other nations like the Ferrymead Heritage Park in New Zealand and Edaville Park in the US. This railway theme park would be part of the development of the Madhogarh-Mahendragarh-Narnaul-Rewari heritage route that is being developed by the Tourism Ministry under the scheme of the Swadesh Darshan.

The region of Rewari is conveniently accessible from Gurgaon and the capital.

It can become an important crowd-puller and in this process develop its local economy and promote tourism.

The Railways has earmarked nearly 8.8 hectares of land adjoining the steam loco centre for the rail theme park at Rewari. The Rewari steam loco has been recently renovated with several tourist facilities being offered for the purpose.

There also exists a steam loco simulator where visitors can enjoy the thrill of driving a Darjeeling Himalayan Railway steam locomotive, a 3-D virtual reality coach simulator portraying evolution of passenger coaches over time, a toy train, a garden-scale model train system to educate visitors about different aspects of operation of a train.

The Rewari centre has an indoor exhibition gallery, a 35-seater projection room for displaying videos and conducting visitor’s orientation, a cafeteria with a souvenir shop and a century-old dining car.

In addition it is also on the itinerary of steam-hauled tourist special train that runs between Delhi Cantonment and Rewari every second Saturday in the period between October and April.